Inspiration to develop my skills and style

There was lots of talk at Synergy III about "finding your own voice" as an artist and how to use inspiration to help  further develop your own style. I think I have my own style but I lack precision and finesse, usually because I'm in a hurry to cram too much into my limited free time. (I still spend my weekdays, as my brother says, Working for the "Man!")

In Seth Savarick's session at Synergy he talked about raising your work to the next level by having a plan before starting, being deliberate during the construction phase, and doing detailed finishing at the end of a project. Especially the finishing! He showed examples of work that he thought had promise, but the lack of attention to finishing kept the pieces from being stand-outs. Certainly he and others who were there, such as Dan Cormier, Melanie West, Melanie Muir, and Kathleen Dustin, exhibit a level of finish on their pieces that is unbelievable when you see them in person.

I decided I should work on more complex projects that require planning, precision, and polish to improve those aspects of my work. My inspiration was an interesting bracelet that Christine Dumont wore one day during the conference. Unlike a typical polymer bangle, it was not solid, and I found that idea appealing. You could see through her bracelet because she made it out of individual pieces with negative spaces between them.

With that concept in mind, I sketched a pattern for a bangle with cut-outs using my usual floral motif and then set about creating my "first draft" to see what works and what doesn't. 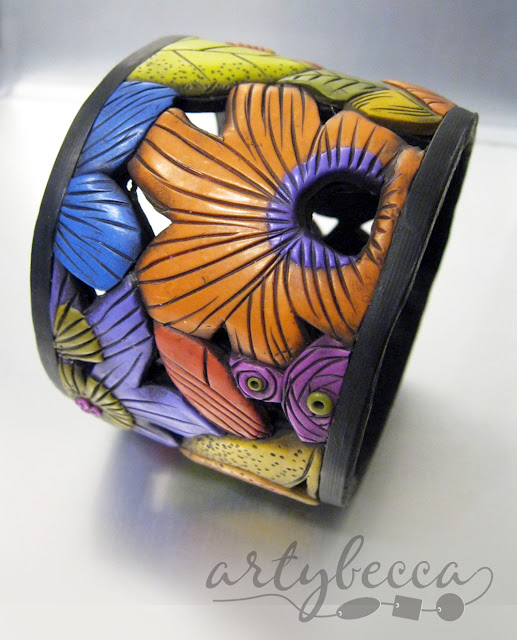 But, technical difficulties aside, I like the look of it a lot! 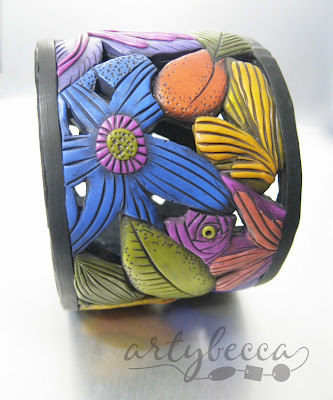 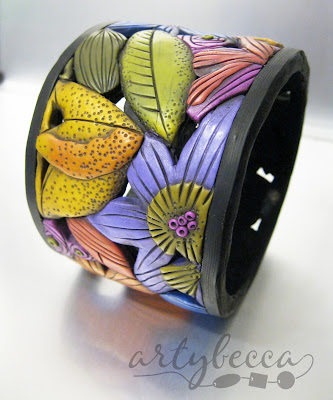 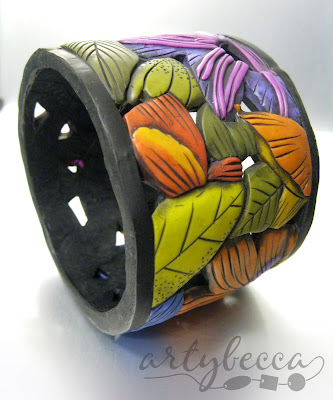 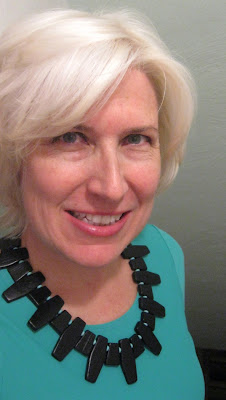 At Synergy III in Atlanta this month, I attended Jeffrey Lloyd Dever's session where he shared his favorite unconventional materials with us. (Check the link above to see an installation of his charming, biological-ish pieces made of polymer clay and oddball ingredients. At about 2:05 on the video you can see a close-up of the pieces in the wall-mounted display.)

Among the many good tips he provided was how to find beads for a fraction of what you would pay at a bead or craft store.

I remembered his advice today when I was out shopping and enjoying the glorious sunshine.

<<<< And look at my fast, easy, and fun new necklace, made with less than $4 in materials.

So what is it made of?

Bamboo bead placemats that were on sale at Bed, Bath & Beyond for $2.99 each (and I only used about 1/4 of the beads in one mat). The small turquoise stones were on sale at Michael's for $2.50.

There are 100+ beads in each placemat -- enough to make several pieces of jewelry. Sweet! 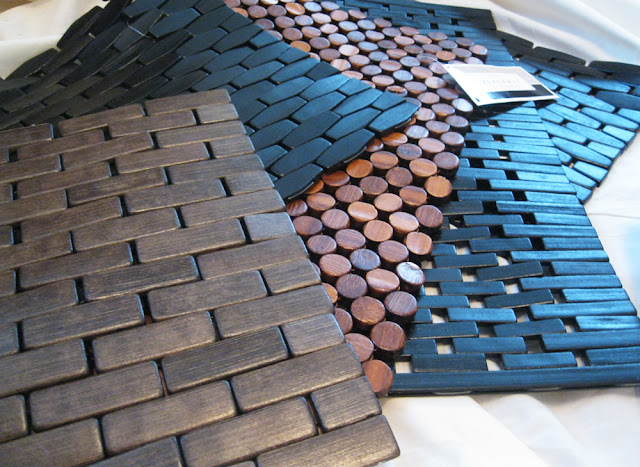 Posted by artybecca at 1:07 PM No comments:

I'm going to Synergy...who else?

I'm going to Synergy...who else? Anyone need a ride back to the airport on Sunday morning about 9:30-10 am? I would like to share a cab or a car service. You can email me at berecca at a o l  dot c o m if that time works for you.

My of my clay jewelry will be fairly simple but you will probably see me wearing these big fellas and more of their colorful brethen fashioned up into a conga line. 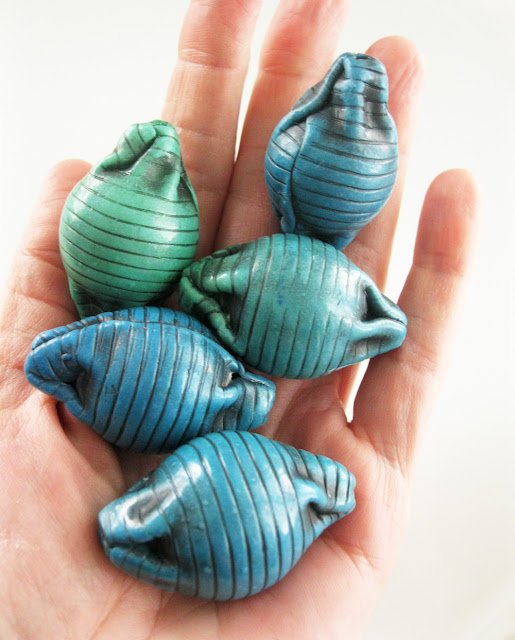 Posted by artybecca at 8:26 PM No comments:

artybecca
Pittsburgh, Pennsylvania, United States
I post about things I like -- art, food, TV, anything or anyone I think others should know about. There is an unimaginable amount of talent out there! The creativity and skill others have would discourage me if it weren't so inspiring! I wish I had a million hours in the day so I could have time to see it all and then practice. If you only have a little bit of time to peruse my blog, make sure you click on the "art" tag in the keywords cloud below. My etsy page: http://www.artybecca.etsy.com My flickr site: http://www.flickr.com/photos/34443858@N07/

What is she going on about now?

Other blogs and sites

What has gone before...

I don't read much but I loved these books... 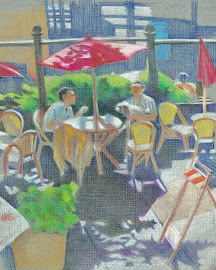